Code of Ordinances
Forms and Documents

The Planning & Zoning Commission consists of seven (7) members/residents who are appointed by the City Council. The Commission reviews all the changes to the Comprehensive Plan of the City of Walcott including rezonings, preliminary and final plats, and site plans. In addition to reviewing the proposals, the Commission makes recommendations to the Council for approval, approval with conditions, or denial. The Commission meets as needed, on the second Monday of every month at 6:00 p.m. at City Hall and is chaired by Trish Moses. Other board members are: Christine Thompson, Mike Sissel, Tom Sweeney, Heidi Wulf, and vacancy. The Zoning Administrator oversees the functions of planning, zoning, subdivision, plan review, and land use for the City of Walcott. Visit the Planning & Zoning page for more information.

Zoning Board of Adjustment

Referred to as “ZBA”. The Zoning Board of Adjustment is a quasi-judicial body authorized by the State of Iowa and the Walcott City Code to interpret and give exceptions to the zoning code. Such exceptions include variances and special use permits. Additionally, the ZBA hears and decides any appeals of the decision of the Zoning Administrator. The ZBA is composed of five residents of the City of Walcott and is appointed by the City Council for a five year term. The Zoning Board of Adjustment meets at such times and as frequently as such Board may determine necessary. The Board is chaired by Jason Holdorf and other members are: Brent Arp, Kristal Koberg-Schaefer, Sandy Liebbe, and vacancy. 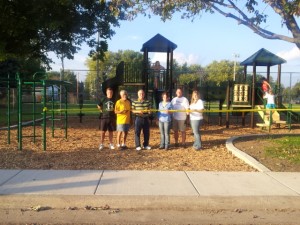 Visit our Parks page for information on our parks!

The Park Board is composed of five residents of the City of Walcott and is appointed by the Mayor, with the approval of the Council, for overlapping five year terms. The Park and Recreation Board meets as needed on the first Wednesday of each month at 5:15 p.m. at City Hall and is chaired by Mike Clayton. Other board members are: Brian Mengler, Lisa Hagen, Kelly Quick, and Becky Avise.

The City of Walcott was originally platted in 1854. The first passenger train route west of the Mississippi River started in 1855 and helped Walcott grow.